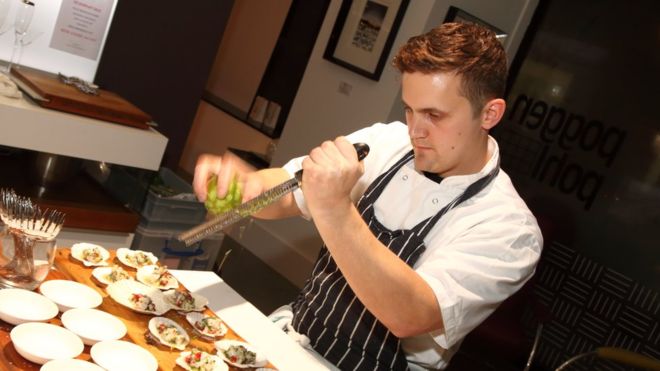 04.05.2017 For 61 years, the Duke of Edinburgh's Award has offered young people the chance to develop valuable skills. As Prince Philip announces his retirement, one recipient tells how the scheme changed the course of his life.

At the age of 19, Jon Watts was serving a sentence for GBH in Reading Young Offenders' Institute.

He said he was inspired to apply for the DofE when inmates were given a talk by members of the local football club, urging them to sign up.

When he tried cooking as part of his bronze award's skills section, it sparked a "passion for food" which laid the foundations for a career as a chef.

"Everything combined in the award made me a better person, more confident and gave me a vision for my life. I knew I definitely had to make a change - luckily I took that opportunity."

After seeing out his teenage years in custody, and completing his silver and gold awards, he moved to St Albans, where he now runs a thriving catering business.

His jobs have included catering for contestants on the X-Factor and the crew on a Take That video shoot.

He has given talks about his achievements - often in front of Prince Philip or Prince Edward.

"One was at the beginning while I was in custody. I was being released every day to go to work, which was just a short walk away, then going back to prison every night, so to be taken out and to go to Windsor Castle was insane."

Jon first met the duke when he was presented with his gold award, and has continued his association with the charity.

"Last year for the 60th anniversary there was a Bond-themed gala with about 600 people and they showed a video of me and, of the 600, his eyes were the ones I was watching."

Mr Watts described the duke's retirement as the end of an era but added, "at 95, he's had a pretty good run".

"Since I've been involved, he's taken a back seat and Prince Edward has been doing the duties.

"I think [the charity] will continue to grow. They've got big plans."

The charity said: "Since founding The Duke of Edinburgh's (DofE) Award in 1956 the duke has worked tirelessly to enable millions of young people to have the opportunity to transform their lives through the DofE.

"HRH has been actively involved with the charity for the last 61 years as its patron and has attended over 500 gold award presentations.

"We respect HRH's decision no longer to carry out public engagements from autumn this year and are grateful for his continued patronage."